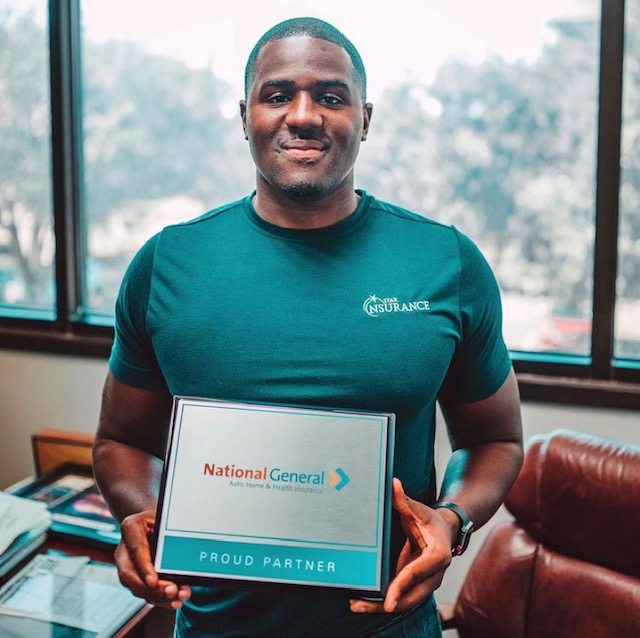 Meet your local cheap car insurance guru, Byron Johnson, a well-respected authority in the local community, and a teacher in his own right with a passion for assisting, servicing, and most importantly, insuring thousands of customers in Tampa, Florida with blue-ribbon cheap car insurance. Byron has created a well-rounded enterprise of businesses centered around the needs of the common family. With his commitment to high-standard customer service in his many dealings as an entrepreneur, CEO, and real estate investor, he has acquired a diverse set of competencies and skills.

Shortly after moving to Tampa, FL in 2007, Byron established his first Liberty Tax Franchise in 2012. Hard on the heels of this success, Byron founded and became the CEO of Star Nsurance in 2014, an affordable auto insurance company held in high regard by its 10,000 devoted customers in the Tampa Bay area – and the agency continues to grow due to its core objective of quality and cost-effective car insurance services.

Johnson’s versatile expertise also includes his top-grade home-improvement and remodeling business, Embassy, where he is known as a first-rate contractor. Furthermore, his unwillingness to compromise his dream of aiding the community has led Byron to pursue and own real estate, which includes a commercial building containing over fifty units.

Byron does not sacrifice an opportunity to prove his commitment, even in matters of play he works diligently. After devoting nearly two decades of playing poker competitively, Byron won a major World Series Poker Championship in early 2020, profiting 166K.

Byron Johnson understands that knowledge holds power and does his part to share what he has mastered with those in his community that have an interest in saving money and also being safely insured. Build a safe and secure future for you and your family with Johnson on his Youtube channel listed under the Cheap Car Insurance Guru for tips and trusted information.

With great gratification, Byron repays his community in Tampa by imparting his expertise in cheap car insurance. He also is inspired to volunteer and motivates children and young adults to work hard and directly gives back in his spare time by coaching local basketball teams.